Europe in Action: More than 200 participants exchange ideas and experiences about “Love, life and friendship“ 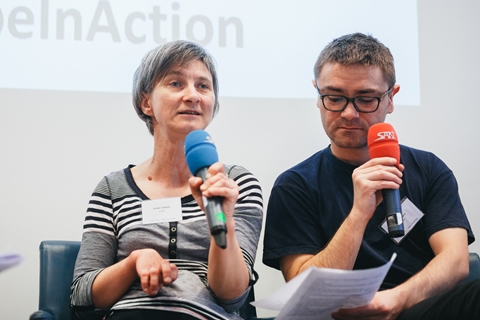 “I’m very happy to have friends, family and a partner. But all people with intellectual disabilities should have the same.” Ellen Goodey, self-advocate from Inclusion Europe’s member mencap, got to the heart of this year’s Europe in Action conference in her speech.

The three-day-event was all about “Love, life and friendship” – and how to make sure that people with intellectual disabilities can experience them just like everyone else.

“Love and friendship are the most intense things in life”

More than 200 people and 50 speakers came to Prague from 1-3 June 2017 to the conference which was jointly organised with Inclusion Czech Republic.

Inclusion Europe’s President Maureen Piggot stressed that “love and friendship are the most intense things in life.” And therefore they should be accessible to everyone.

Inclusion Europe’s Vice-president and EPSA chair Senada Halilčević built upon this and pointed out how the conference itself could be “an opportunity to build bridges and friendships.”

Participants took this advice to heart. There was a lot of active exchange between participants during the entire conference.

Deinstitutionalisation – a driver for a better social life

She took the example of her former client Jack: “In the institution, he only had a limited choice of leisure activities. Once he was out, he could find out what he was really interested in – and develop relationships while pursuing his hobbies.”

Elisabeta Moldovan, self-advocate and Inclusion Europe board member, underlined in her presentation how crucial friends are to stay out of institutions and build a live in the community:

If it wasn’t for my friends, I would be back in a residential institution by now!

A number of other self-advocates gave insights into their personal stories during the conference.

Ellen Goodey illustrated how she lives with her friends, family and her partner Alan and how potentially having children is “our choice”.

Héctor Santana Sánchez from Inclusion Europe’s Spanish member Plena Inclusión explained how he is dealing with the double discrimination he experiences as a person with Down Syndrome who is also homosexual.

Róska Horvátová and Matúš Kubove, from Slovakia, talked about how they started living together and the obstacles they encounter in the process of getting married, but also the joy they feel for the fact that they found each other.

And Inclusion Europe board member Harry Roche explained why it is important to campaign for the right to love and relationships, with “up to 50% of people with intellectual disability experiencing chronic loneliness”. He also gave some examples of innovative initiatives tackling this problem.

“No one is an island, only on his own” – this is what Jan Paleček father and son concluded in their presentation on how parents can help and encourage their children to find social relationships.

Iva Šiková spoke about her daughter Zuzka, who has high support needs, and how she helps her find friends, while maintaining her own social relationships, working and supporting her husband on their farm.

The conference was also a safe space to discuss the worries parents and other family members might have. Or to talk about difficult issues like neglect or abuse.

Martina Venglářová, from Czechia, spoke about how to detect sexual violence and abuse.

Senada Halilčević gave a workshop about “Rights, consent and capacity in relationships” where she explained how to ensure that relations are being struck up in a consensual way. In her workshop, it also became clear how people with intellectual disabilities are often demanded more than others to be “allowed” to express their love, which can lead to grotesque situations:

To establish their “capacity to get married”, judge asked them: What is love?

Participants were excited about the conference and gave very positive feedback. They agreed that the topic was of utmost importance, and that a lot needs still to be done both on the legal side and in society so people with intellectual disabilities can have equal rights to find and maintain friendships and love relationships.

This was also expressed through their social media posts which they shared using the hashtag #EuropeInAction:

Bravo to the organising team of #EuropeinAction. It’s been a great few days. ?? pic.twitter.com/RgBskCkQHd

The conference report with summaries of all workshops and seminars will be published soon.

Europe in Action conference on “Love, life and friendship”

Inclusion Europe had its annual conference Europe in Action
in Prague from the 1st until the 3rd of June.

Prague is the capital of the Czech Republic.

The title of this year’s Europe in Action conference was
“Love, Life and friendship”.

The conference was organised together with Inclusion Czech Republic.

They are a member of Inclusion Europe.

A lot of people came to the conference.

The participants talked about how we can make sure

that people with intellectual disabilities can experience

love and friendship in their lives. 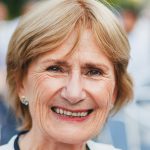 She said that love and friendship are very powerful things.

Everyone should be able to find love and friendship.

We also heard from Senada Halilčević.

She is the chair of the European Platform of Self-Advocates (EPSA).

She is also a vice-president of Inclusion Europe.

Senada said that the conference could be a chance to find new friends.

Senada also talked about legal capacity
and how important it is for relationships.

Legal capacity means that people with intellectual disabilities can do things on their own.

Here are some examples of what they can do:

Another speaker was Ellen Goodey.

She works for Mencap. 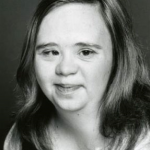 Mencap is  a member of Inclusion Europe in the United Kingdom.

Ellen talked about her friends and her family.

She also talked about her partner, Alan.

for people with intellectual disabilities.

Ellen talked about the importance of relationships
and that she hopes that all people with intellectual disabilities
can have a relationship and get married if they want.

Another speaker was Juultje Holla, who is from the Netherlands.

Juultje talked about how she helps people with intellectual disabiltites
who leave an institution. 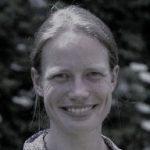 to find friends and hobbies.

Juultje told us about someone she helped.

He is called Jack.

Jack said that in the institution he had very little choice
of what he wanted to do in his free time.

When Jack left the institution
Juultje helped him to find out what he likes to do as a hobby.

For example, volunteering in an animal shelter.

An animal shelter is a place where animals live which don’t have a home.

Jack now has found a lot of friends
because of the activities he does in his free time.

Juultje said that it is important for people with intellectual disabilities

to live outside of institutions.

When they live outside of institutions
they can find out what they are really interested in.
And then they can also find friends with the same interests.

There was another self-advocate who gave a speech.
Her name is Elisabeta Moldovan.

She works for Ceva de Spus.

Ceva de Spus is a Romanian member of Inclusion Europe. 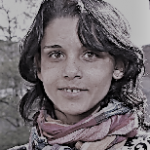 Elisabeta said how important her friends are for her.

They help her to live in the community.

She said the following:

“If it wasn’t for my friends, I would be back in an institution by now.”

We also heard from other self-advocates:

For example, we heard from Héctor Santana Sánchez.

Héctor has Down Syndrome and he is also homosexual.

Homosexual means that he loves other men and not women.

He also likes to have sex with men and not with women.

Homosexual is also the word for women who love other women
and like have sex with women and not men.

Héctor said that he experiences discrimination.

Discrimination means that you are treated unfairly
or that you don’t get the chances you deserve.

It is discrimination when it happens because of your disability.

It can also happen to other people.

For example people who have a different skin colour.
Or homosexual people.

Héctor said that he experiences discrimination
because he has Down Syndrome and because he is homosexual.

But he also said positive things.

For example, that he found a boyfriend!

They have the same name and they are a father and his son.

They are active at Inclusion Czech Republic.

They talked about how parents can help their children
to find love and friendships.

They all said that the topic of the conference was very important.

They said that we still must do a lot for people with intellectual disabilities
who want to find love and friendship.

You can see pictures of the conference here: http://bit.ly/2rvHke4