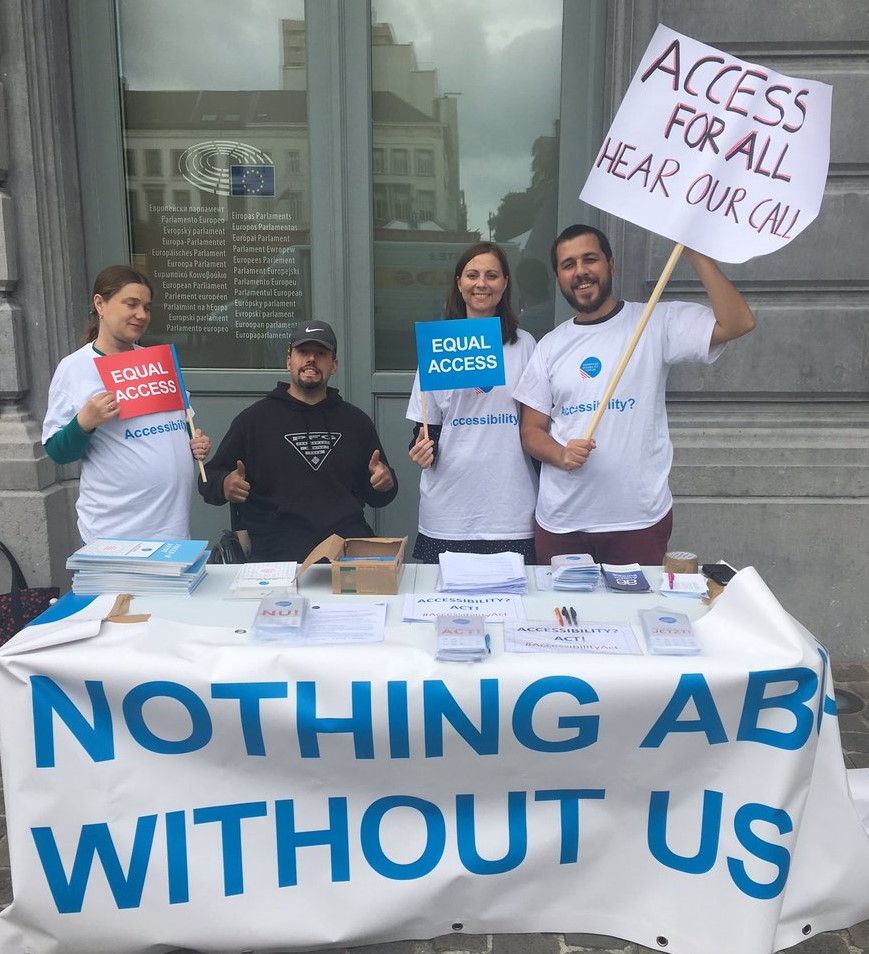 On 14 September, the Members of the European Parliament will vote for the European Accessibility Act. We want them to make sure it becomes a strong act, which can make a real difference in the lives of people with disabilities.

Inclusion Europe, in cooperation with the European Disability Forum, gathered signatures for this cause in front of the European Parliament. We were happy to meet lots of people who shared our concern about the act, and supported us by signing the lists of demands.

Fortunately, a lot of the proposed amendments have been put on the agenda of Thursday’s plenary discussion. We will keep you updated about its outcome and what the result means for people with intellectual disabilities.

The vote has happened – the news so far:

1. The Accessibility Act will complement other Union acts, e.g. regarding Public Procurement or EU funds.

2. The Act will include requirements for the built environment.

3. Microenterprises will be excluded from the act.

Read more about our concerns regarding the Accessibility Act

Click on a word which is in blue to read what it means.

This includes people with intellectual disabilities.