Violence against women with intellectual disabilities

Silence, stigma, not being believed: This is what makes it so difficult to talk about violence against women. For women with intellectual disabilities, these barriers are even higher – especially if they are living in institutions, segregated from the rest of society, with no-one who would listen.

Inclusion Europe’s report “Life after violence”, launched at an event at the European Parliament in the run-up to the International Day for the Elimination of Violence against Women, breaks down these barriers: Women with intellectual disabilities who have lived many years in institutions recount their experience and how it influenced their lives.

The report was presented at an event hosted by MEPs Christine Revault d’Allonnes Bonnefoy (S&D) and Lambert van Nistelrooij (EPP).

One of the report’s key findings: A big part of the violence women suffer from in institutions is structural and remains unseen. As self-advocate Mirjam Braspenning, who helped conduct the research, says:

As opposed to physical violence, there is no help available, so people adapt in their own ways. According to self-advocate Dounia Bouchikhi:

“People avoid certain situations. They avoid new painful experiences. And they communicate in their own way. One person might get angry, someone else might sleep all day through. But in fact, they are telling you that something is bothering them: We need to listen and try to understand.”

Even women who have moved out of an institution cannot easily forget their negative experiences. For Mirjam Braspenning, “my biggest fear is that I will be put back into an institution. If I feel good about something I also fear that this good feeling will be taken away from me.”

Read the Dutch version of the report

Read an interview with Elisabeta Moldovan on how she became a self-advocate: “I experienced a lot of abuse in institutions. I wanted to change this situation for others”

Read an interview with Elisabeta Moldovan on violence in institutions: “There were staff members who sexually abused residents”

Read the account of a woman who left an institution and became included in her community: “When people meet Julia now, they see someone who is awake and intensely enjoying life”

Read an interview with Cátia Freitas, who spoke to Members of the European Parliament because of one topic: “The message I want to spread is how important it is to share stories”

MEP Christine Revault d’Allonnes Bonnefoy commented: “I’m shocked by the terrifying figures and testimonies I have heard about through this report. Women with disabilities experience violence at higher rates, more frequently, for longer and are less likely to report it. Now it becomes public and there is hope for better combatting it with legislative means such as the Istanbul Convention, a binding international treaty on the fight against gender-based violence. Let’s work for it!”

MEP Lambert van Nistelrooij said: “Studies such as ‘Life after violence’ are very important to raise awareness on the way women are treated in care institutions. I therefore welcome the fact that this project will also be undertaken in other EU Member States. The EU will play a role as a platform where national experiences and measures are exchanged. This can not only prevent further violence, but it also enhances the professional training of care staff. It is after all the quality of life of the people they support that we want to improve.”

Inclusion Europe’s president Jyrki Pinomaa added: “Most of the stories women have of experiencing violence go unheard. Women with intellectual disabilities are afraid to speak out or they are not taken seriously. The stories in this study are the tip of the iceberg. This is why we will now extend our research to countries such as Croatia, Lithuania and Romania.”

Susanne Bosmann from the UN Human Rights Office for Europe explained: “There is still the notion that institutions protect people. But institutions are not a safe place. They also prevent people from reaching their full potential. This report is unique: It reflects the feelings and thoughts of the women concerned.”

Ismat Jahan from the Committee on the Elimination of Discrimination against Women (CEDAW) noted: “The CEDAW Committee says that all women must make their own decisions and have equal opportunities. We need to fight against the denial of legal capacity.”

Elisabeta Moldovan, member of the European Platform of Self-advocates who herself lived in institutions for many years, pointed out that “institutions in Romania are very big, and there are now even more adults in institutions than before: 18000! This goes against the UN Convention on the Rights of Persons with Disabilities.” One of the next countries the research will be extended to is Romania.

Finally, researcher Juultje Holla, who wrote the report, said: “With the right support, women with intellectual disabilities can prosper in the community, even after having suffered from violence. There is ‘Life after violence’.” 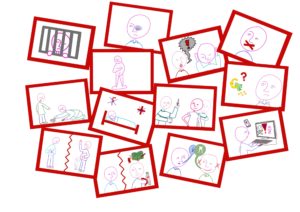 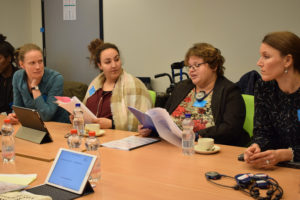 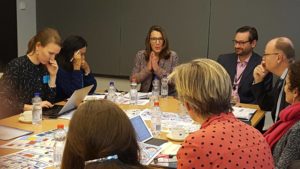 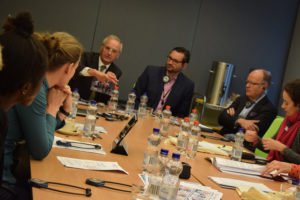