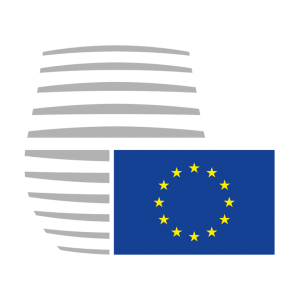 It is the first time that the Council of the European Union, which represents all EU member states, has come to conclusions on the topic of deinstitutionalisation.

Residential institutions however can never be the “preferred option” for anyone, let alone for people with complex support needs. Article 19 of the United Nations Convention on the Rights of Persons with Disabilities (UN CRPD), which the EU has ratified, deals with “Living independently and being included in the community”. The General Comment clarifying what the article means stresses that it “extends the right to live independently and be included in the community to all persons with disabilities, regardless of their level of intellectual capacity, self-functioning or support requirements”.

It must also be emphasised that the transition from institutional to community-based services naturally results in the closure of institutions. Unfortunately the EU Council does not address this issue in its conclusions. On the contrary, it states that institutions are a relevant option in the range of services available to people. But the UN Committee on the Rights of Persons with Disabilities has made it clear that “deinstitutionalisation also requires a systemic transformation, which includes the closure of institutions.” This should be recognised by the EU Council.

Independent Living was a topic at the European Day of Persons with Disabilities organised by the European Commission in December 2017.

The European Pillar of Social Rights also stresses that support in the community is preferential for people with disabilities (and others).

Inclusion Europe is part of the European Expert Group on the Transition from Institutional to Community-based Care. The EEG has published a position paper on the funding of the European Union (EU) post-2020.

It is never good to live in an institution

The Council of the European Union has written about independent living.

Inclusion Europe made some comments about what they wrote.

One of the main points we would like to make is that people with intellectual disabilities should not live in institutions.

Inclusion Europe agrees with the following things that the Council has said:

so that communities can support people who have a disability.

because the government does not look after them.

some things have to be decided.

For example, where to live and who to live with.

The Council says it is better if the person who is moving makes their own decisions.

We say that the person must make their own decisions.

There needs to be more support in the community that people can afford.

But Inclusion Europe does not agree with everything the Council said.

This is what the Council said:

“The institutions that still exist should support people to make their own decisions.

For people who need more support,

institutions are better than living in the community.

Institutions should support these people.

It is important that people with disabilities are safe

and respected wherever they are.

They must be treated fairly and get the chances they deserve.”

Inclusion Europe does not agree with this.

We say that it is always better for people to live in the community.

Independent living is for everybody.

It is also for people who need more support.

and be part of the community, like everyone else.

The European Union has agreed with the UN CRDP.

So it is not possible for people in institutions to make their own decisions.

are treated fairly, because they are at risk of abuse.

If more people move out of institutions for good, it will be possible to close the institutions.

The Council of the European Union did not talk about this.

Instead, the Council said that institutions can be a good option.

But the UN CRPD says that we need to change the system
of people living in institutions.

Closing institutions is part of the change.

The Council should also make that clear.

Senada Halilčević is the vice president of Inclusion Europe.

She has stayed in institutions for a long time.

This is what she said:

Living in institutions means that you are apart from other people.

The thing that made me most angry was that I could not make my own decisions.

I could not live how I wanted to live.”

Senada said that institutions come in many forms.

There are some institutions that are big.

Hundreds of people live there.

of places where people can live.

held a celebration for the European Day of Persons with Disabilities.

They talked about independent living.

people with disabilities are supported in the community.