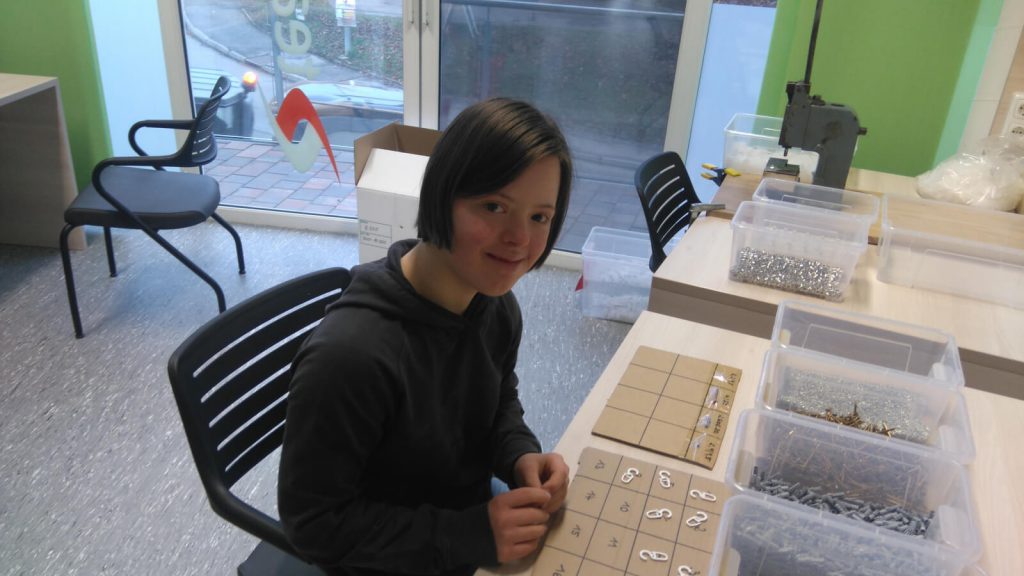 Sabrina Janotta, one of the beneficiaries of the “Flachgau inklusiv” model of Lebenshilfe Salzburg (Austria), at her workplace

Inclusion Europe members  Pentru Voi (Romania) and Lebenshilfe (Austria) have both been named “Innovative Practice 2017” in the area of Employment, Work and Vocational Education and Training. The prizes were awarded by ZeroProject, an initiative which focuses on the rights of persons with disabilities globally.

Pentru Voi received an award for its Social Enterprises programme which promotes the social inclusion of people with intellectual disabilities in the work place through various activities, including job coaching and skills enhancement training and collaborations with various companies. The social enterprise model is transferable and can be replicated on a national or European level – and the people participating are happy about their work. As Cristina Csizsec, one of the beneficiaries, puts it:

I like to be employed, to have my salary, and to be independent. I like to work every day and to have colleagues. I do not want to stay home alone.

Lebenshilfe Salzburg, a local chapter of Lebenshilfe Austria, distinguished itself through a cooperation with companies and public institutions, which started in 2012 and has the aim of integrating people with disabilities into the open labour market. Using what it calls the “Flachgau inklusiv” model, people with intellectual disabilities can choose to remain working within the sheltered workshops or they can take up assignments with companies or public institutions. In the latter case, support personnel assist with the employee’s integration into the new surroundings, after which a local mentor takes over. 10 new jobs have been created this way in both 2015 and 2016, and the target for 2017 is 20 new jobs for people with intellectual disabilities.

Inclusion Europe congratulates its members on their achievements and wishes them all the best for their future projects!