Please explain to us shortly your tasks at ASA. What do you fight for and how?

I work as a self-advocate on project activities. My job is to participate in the work of ASA’s self-advocacy group, attend meetings with decision-makers, collaborate in preparing materials in easy-to-read format, i.e. brochures and newsletters, and give workshops and trainings on self-determination and self-advocacy. I represent our association at public events and at conferences on national and international level.

I fight for every person with a disability to be respected and treated with dignity, by being actively involved in my organisation’s advocacy activities and by cooperating with other self-advocacy groups in Croatia and Europe. 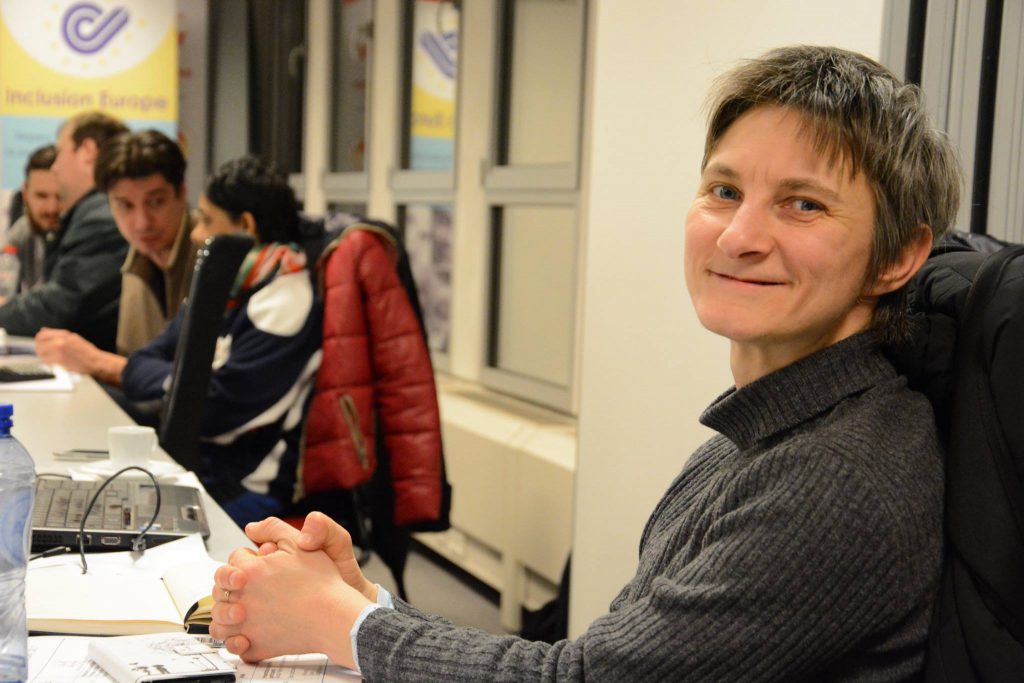 Senada Halilčević at the self-advocacy meeting in Brussels

Do you have the right to vote and do you exercise it?

Yes, I have legal capacity, so I can also vote. I vote at every election.

In Croatia, do politicians and the media care about the problems of people with disabilities?

There are some national radio and TV programmes addressing our concerns, so people with disabilities and related issues do get a platform in the media. But politicians do not have much interest in our problems. At the International Day of Persons with Disabilities they talk about these issues, and the rest of the year they don’t.

How would you describe the attitude of your government towards NGOs?

The current government does not have a very good attitude towards NGOs, but we hope that the situation will be a better than with the last government. Our previous government neglected NGOs and cut back their financial support.

No, it isn’t. Special schools and regular schools are separated. Nowadays more and more regular schools have assistants to support pupils with disabilities, but these initiatives are carried out by local communities and civil society organizations. They can apply for state funds, but the state does not take the initiative in changing things.

In Hungary many institutions will be closed and people will start living in the community. You stayed in institutions for a long a time. What do you think needs to be considered when closing them down?

First of all, it is important to provide the right support for the people who leave the institutions, for example when they go looking for a job.

They should also have the power to make their own decisions, and their support persons should help them in doing so and inform them about the effects of the decisions they take. Only in this way the people who left the institutions will really become part of the community.

Secondly, accessibility is really important. Persons who move out from institutions and live in the community must have access to all necessary services available to all other citizens.

(Senada once spoke about what she thinks about institutions and what independent living means to her. You can read the full speech here.) 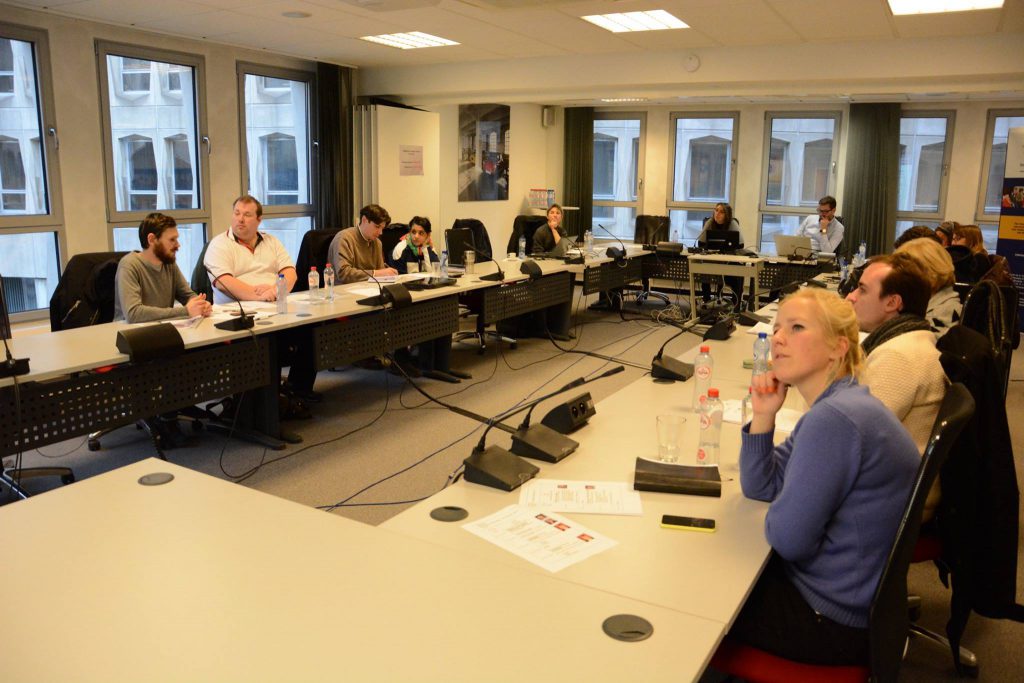 Participants at the self-advocacy meeting

As the chairperson of EPSA, what do you think: How could we work together more effectively?

As I see it, self-advocates face similar issues in all European countries. We will need to create common demands and join our forces to solve these issues. In this way we can also push the European Commission to adopt policies in our favour. Finally, we must work with our national governments to get our requests recognised and taken seriously.

One last question: Would you like to visit Hungary?

I have been there two or three times and I liked it a lot. So I would definitely go back!

Thank you for the interview!

Thank you for the opportunity!

*Self-advocates are persons with intellectual disabilities, who stand up for their rights and the rights of their peers.