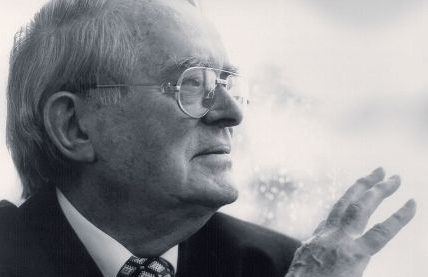 It is with great sadness that Inclusion Europe has learned about the recent passing of its Founding Member Mr. Tom Mutters.

Tom Mutters (born 23 January 1917 in Amsterdam; † 1 February 2016 in Marburg, Hessen) was the Dutch founder of Lebenshilfe (Life-Help) Germany. Together with parents and professionals, he founded it on 23 November 1958 in Marburg. For over 30 years he was Lebenshilfe’s Executive Director.

After the Second World War, as UN Commissioner for Displaced Persons – the term for forced laborers, concentration camp prisoners and other people who had been deported by the Nazis – Tom Mutters encountered the postwar misery of children with intellectual disabilities in the camps and in the institutions. He once said: “In their helplessness and abandonment, these children have allowed me to see the real meaning of life, which is the attention to other human beings”. In a time when care for people with intellectual disabilities was strongly in the hands of the medical professions, he stood up for advocating for a pedagogical approach and the leading role of parents and other family members.

These children have allowed me to see the real meaning of life, which is the attention to other human beings
Tom Mutters

Tom Mutters understood from the beginning the importance of international cooperation. Soon after the founding of Lebenshilfe Germany, with like-minded people in Europe and in the United States, he started a global organisation that is today known as Inclusion International. In his role as the Chairperson of a European network, he was also instrumental in founding Inclusion Europe in 1988.

Tom Mutters has influenced and accompanied both Lebenshilfe and Inclusion Europe on their journeys for decades. His vision of the inclusion of disabled people which he advocated from the 1950s, is today reflected in the UN Disability Convention, which guarantees full participation and demands an inclusive society. His international engagement with other family organisations in Europe and internationally will always be remembered by the worldwide inclusion movement.

Tom Mutters received numerous awards for his lifetime achievements. On his 70th birthday he was awarded the German Federal Cross of Merit and the Medical Faculty of the University of Marburg awarded him the same year an honorary doctorate. In the Netherlands, he was elevated to the rank of officer in the Order of Orange-Nassau. Tom Mutters lived with his wife Ursula in Marburg and leaves four grown sons.