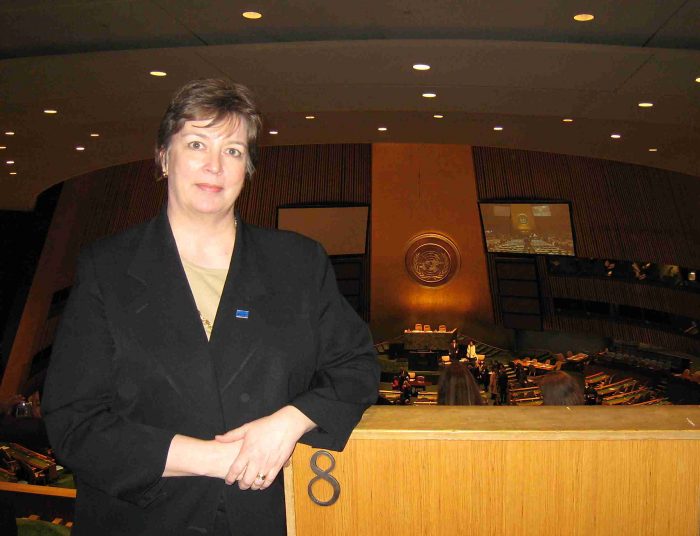 Inclusion Europe met Sue Swenson, the new president of Inclusion International, during the World Congress in Birmingham. Drawing from both her personal experience as a mother of a son with complex support needs, Charlie, and her professional background working in the USA, Sue explains how schools can become inclusive for everybody.

Why is inclusive education so important?

I think inclusive education paves the way to understand human rights. When children with intellectual disabilities are included in schools, discussions on human rights suddenly get a very practical meaning. And this helps ensure that our children get a moral compass during their education.

Which barriers to education do students with disabilities face in the USA?

In the US, the universal right to education is inscribed in the law. No child can be told that they are “too disabled” to go to school. There is however always the risk that they are placed in a “special” school or segregated school.

How can we achieve inclusion?

So often we say that we need to respect the opinion of the parents of other children who oppose inclusive education. Instead, we need to think about how to reach out to these parents, and help them understand the importance of including everyone. As a parent you can choose the school where you want to enrol your child, but you cannot exclude someone else’s child. It is simply basic justice that parents can choose where their children go to school.

Is inclusion benefitting everyone?

Most parents know that their children are not equally talented in every field. For example, a child could be a maths genius and at the same time have difficulties with spelling. What are we going to do with these kids without a pedagogy organised around meeting the individual needs of children? We need to change the minds of parents so they realise that if all children get what they need, this is also true for their own child.

How was your son Charlie included at school?

I’ll give you an example: Once I sent Charlie to the same class that his brother had been in when he was in second grade, because I knew they did something called story time after lunch.  That means that the teacher read stories to the children, usually picture books, so they could calm down after lunch. 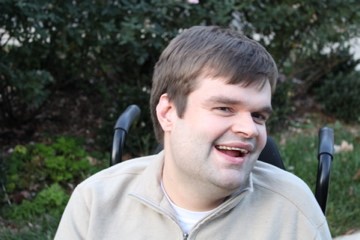 I shall mention that the teacher was very experienced. I asked her if Charlie could come for this specific class. She said “Yes, I think we can handle that.” After two weeks she called me back to “ask a favour.” Initially I thought that she wanted Charlie to stop attending the story time classes. But quite the opposite! She told me that the other children did not want the teachers to send Charlie back to a specific little room in which he was staying all day: “They think it is sad and they would like him to stay with us all afternoon.” Of course, I was delighted and so it came that Charlie stayed longer. A couple of weeks later she contacted me again to let me know that the children wanted Charlie to join them for science class in the morning, as they thought he would like this class. At the end of the year she said that it had been her best year teaching – and as I said she was a veteran teacher! The other students just tuned into the fact that Charlie was really interested in what they were doing and wanted to be with them. And even though he couldn’t express it in words, his behaviour was very clear.

Which role did the other children play in Charlie’s inclusion?

When Charlie was in fourth grade, I introduced him to the other kids. I asked them, “Do you know what peer pressure is?” And they said, “Oh yes, peer pressure is bad, for example it makes you take drugs.” I answered: “Yes, but it can also be a good thing. I want you to feel free to put some ‘peer pressure’ on Charlie. If he starts bugging you in class, put pressure on his forearm and see if that will calm him down.” They all did it when it became necessary.  And I thought to myself, “so here’s a bunch of nine-year olds who know how to intervene when someone with autism is having a meltdown, how great is that?” At the end of the year the children said that Charlie was their favourite classmate because “no matter who you are, you could help him.”

And isn’t that what most of us go to school for? To find out what is it that we like, who we are and how to interact with others?

Which lesson can we learn from Charlie’s course of education?

Charlie needed an education that would allow him to be himself with everyone else. He was going to be dependent on other human beings for the rest of his life. That’s why I wanted him to know how to decide whom he can trust, and how to have others respect him. And he learned that. Did he pass a test? No. Did he get a degree? No. Did he learn how to be himself? Absolutely. And isn’t that what most of us go to school for? To find out what is it that we like, who we are and how to interact with others?

How can we understand and interpret the ways in which a person with complex support needs expresses their choices?

I want to tell you another story: When we moved to a different place, we needed to find a new support person for Charlie. We always had Charlie in the room for any meeting or when we were interviewing new support persons, just to see how he would respond to them. Once we were interviewing a person who I thought was going to be a disaster, and I told the person managing Charlie’s support: “Any of these people are okay, but not that guy.” The manager said, “But this is the person Charlie picked.” I said, “what do you mean?” She knew Charlie pretty well by then and she said, “didn’t you notice that every time we interview people he moves his chair over to the one he wants and pats them on the arm?” I had just put that into his friendliness, but she knew that it was a choice he made.

How did Charlie contribute to an improved education at the schools he attended?

He did that in multiple ways, but I would like to tell you about a specific example: When Charlie was in 9th grade he took a theatre class. One day, the teacher called me up in panic and said, “I’m afraid we must organise a meeting to create an individualised education programme for Charlie. The current situation cannot persist any longer. He is making noises all the time, he just moans.” I replied, “Let’s skip the meeting. If he moans, it means he is bored.” The teacher called me back a week later to thank me for my advice: “In fact, all the children were bored.” Obviously, as a theatre teacher he did not want to bore his students. Guess what? The theatre programme is winning awards in Minnesota now. Charlie is no longer there, but I think he had a bit to do with that!

Read more of our articles on inclusive education

Interview with Sue Swenson,
the new president of Inclusion International

Sue Swenson is the new president
of Inclusion International.

She had a son with complex support needs.
His name was Charlie.
Inclusion Europe met Sue Swenson
at the World Congress in Birmingham.

Inclusion Europe did an interview with Sue.

She spoke about how schools
can be more accessible for everybody.

Why is it important that children with disabilities
can go to the same schools as other children?

If everybody goes to the same schools,
everybody can learn about human rights.

The children in school can learn from their friends
that everyone has the same rights.

Do the United States of America have inclusive education?

The law in the United States of America says that
everybody has the right to an education.

No child with disabilities can be told
that he or she cannot go to school.

But sometimes it still happens that children with disabilities
have to go to special schools.

Special schools are schools where
only children with disabilities go.

How can we have inclusive education for everybody?

We need to talk to these parents
and make them change their minds.

They have to understand that it is important
that every child is included in every school.

Parents have the right to choose
the right school for their child.

But they do not have the right
to leave out other children from school.

Is inclusive education good for every child?

Children can be good at some subjects
and bad at others.

For example, a child can be very good at maths
but also bad at spelling.

So it is important that parents understand
that every child is different
and that schools must have a place for everyone.

How was Charlie included at school?

I will tell you a story about this topic.

In the beginning,
Charlie spent most of his time at school
away from the other children.

Then, he took part in a story time class.
In this class the teacher read books to the children,
so that they calmed down.

The teacher and the other children wanted Charlie
to stay longer with them.

So the teacher called me, because I was Charlie’s mum.
She asked if Charlie could also
take part in science class in the morning.

The teacher and the students
were very happy that Charlie was part of their class.

The students saw that Charlie was interested
in what they were learning at school.

They became friends with Charlie
and Charlie became part of the group.

What did the other students do
to make it easier for Charlie to be at school with them?

I asked to the children in Charlie’s school
to help him if needed.

They learned to calm him down
by touching his arm.
They all learned fast to do it
if Charlie was getting nervous.

Charlie became their favourite friend
because they could always help him.

What does Charlie’s story teach us?

Charlie needed to learn
how to be himself.

I knew that Charlie would always need support.

So he had to learn which person he can trust.

Maybe Charlie did not pass any test at school.

But he learned how to be himself
and how to make others respect him.

How can we understand what a person like Charlie wants?

I will tell you a story about this topic.

We needed to find a new support person for Charlie.
We did interviews with many people.

Then we met a person who I didn’t like,
but Charlie was moving his wheelchair towards him.

He also touched his arm.

It was a sign that Charlie liked him.
In this way Charlie showed us what he wanted.

The school got better at inclusion in many ways
thanks to Charlie.

For example, once Charlie was making noises
during a theatre class.

I told the teacher that this meant Charlie was bored.

The teacher found out that the other children were bored, too.

They had just not dared to tell the teacher.

So the teacher changed the programme.
Thanks to Charlie all the children were not bored anymore.

The class programme got better
and the theatre group is now winning awards.

I think this is also thanks to Charlie.