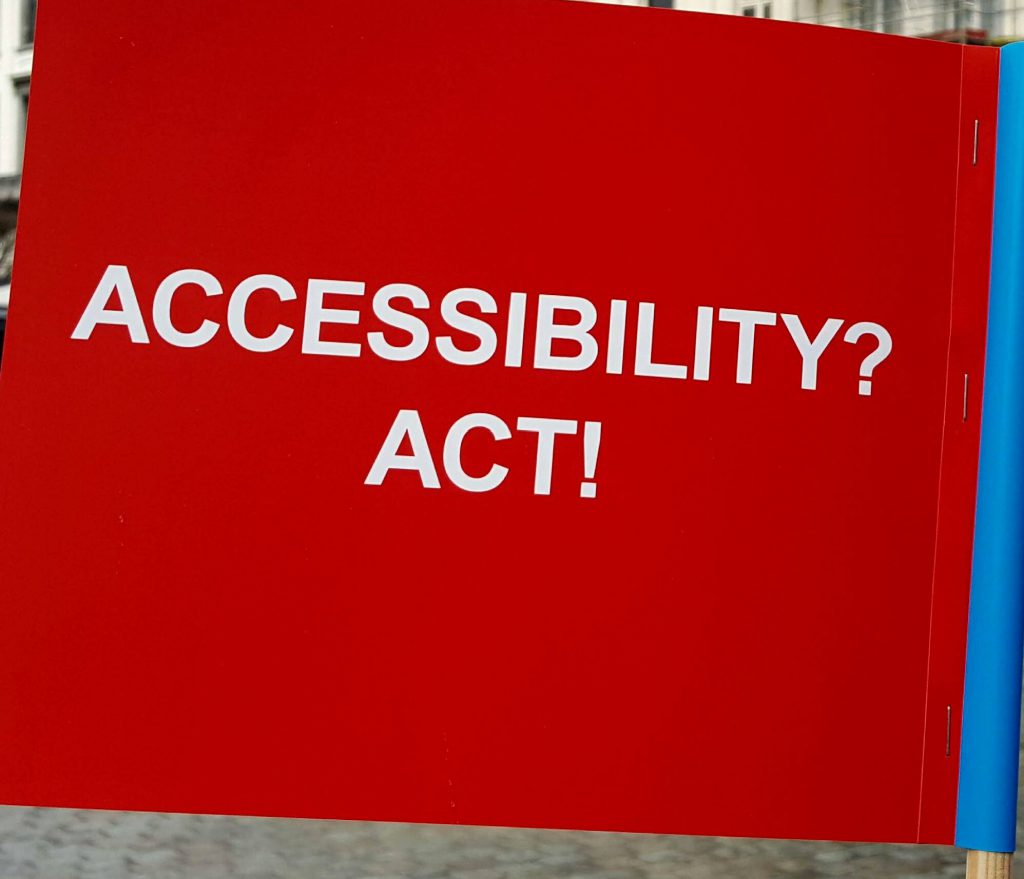 “Accessibility? Act!” – Flag used at the demonstration for a strong Accessibility Act in front of the European Parliament

The European Disability Forum (EDF) has adopted an Emergency Resolution on the Accessibility Act during its Annual General Assembly. In this resolution, EDF calls upon the European Parliament to significantly amend the report of its Committee on Internal Market and Consumer Protection. The report had weakened the original proposal of the Commission in key provisions, which means that the Accessibility Act risks to be watered down.

The emergency resolution also asks the Council of the EU to keep crucial parts of the text such as the accessibility of the built environment and of transport systems.

The Annual General Assembly also saw the elections of a new EDF board.

Maureen Piggot, president of Inclusion Europe, was elected to the board and will furthermore be EDF’s treasurer during the next term.

Inclusion Europe board member Helene Holand stepped down from her position after having represented Inclusion Europe in the board and the EDF Executive Committee during four years, whereas the president of Inclusion International, Klaus Lachwitz, was elected to the Committee.

Inclusion Europe congratulates Maureen Piggot and Klaus Lachwitz on their new positions and thanks Helene Holand for her excellent work at the EDF during the past four years.