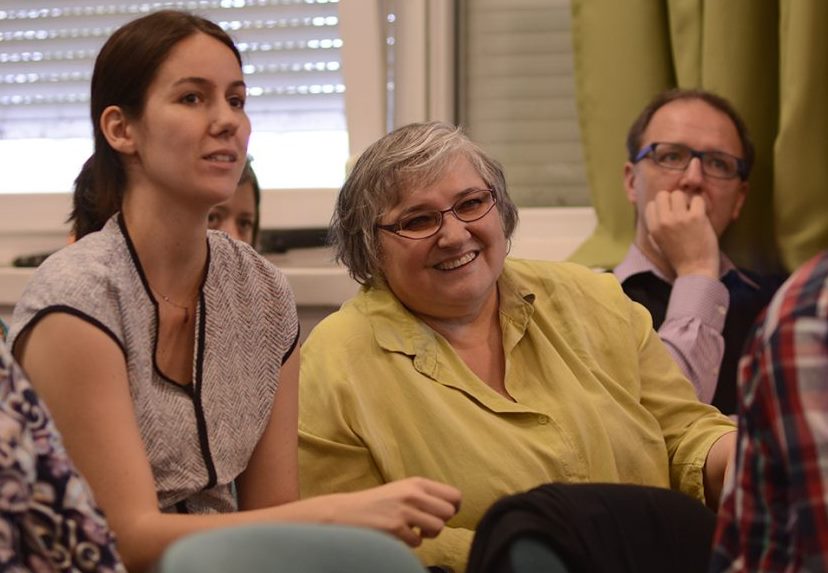 Inclusion Europe’s Hungarian member ÉFOÉSZ took part in ENIL’s “European Day of Independent Living” campaign, for the second year running. ÉFOÉSZ members were encouraged to shoot a video showing how they live independently, and what independent living means to them on a daily basis.

Self-advocates created more than 60 videos showing what they can do thanks to independent living!

The videos were presented at a self-advocacy conference in Budapest, where 80 self-advocates, family members and support persons came together from all around Hungary to watch some of the videos and discuss with the authors what independent living means, and why it is important to them.

According to Piroska Gyene, chairperson of ÉFOÉSZ, supporting independent living has always been a priority of the organisation. She stressed the importance of collaboration of self-advocates and support persons regarding ths issue.

“You need to demand the right support”

László Bercse, self-advocate and co-chair of ÉFOÉSZ, explained that independent living means persons with disabilities can live on their own, even if they need support to do that. László also relayed the message of Senada Halilčević, chair of the European Platform of Self-Advocates. Senada emphasized the importance of the right support:

Independence is hard to achieve without good support. That is why you should always be demanding and loud in requesting the best possible support that will help you to live the way you want it.

Ilona Sallai, self-advocate and consultant at ÉFOÉSZ, spoke about what self-advocacy means and what her duties are as a self-advocate. She said:

We want to learn about our rights and help our peers to do the same. This way we can work to achieve our common goals more effectively.

After the speeches, the premiere of the best campaign videos and a roundtable discussion took place. The discussion included the self-advocates who had created the 8 best videos. They spoke about their experiences with independent living. One participant called István said:

When we are independent, we feel in our souls that we are just as good as anyone else.

Katalin and Boldizsár, a married couple, stressed that they wanted to set a good example to their peers and show other people that persons with intellectual disabilities are important members of society. Participants also talked about what barriers persons with intellectual disabilities face when trying to live independently. According to more speakers, the most common barriers are: bad attitudes of society, lack of quality housing services, lack of adequate support to make independent decisions.

Three of the campaign videos with English subtitles are available on Youtube:

Soon all videos produced during the campaign will be uploaded.

In Hungary, there is an organisation called ÉFOÉSZ.

It protects the rights of people with intellectual disabilities.

ÉFOÉSZ is a member of Inclusion Europe.

ÉFOÉSZ took part in the “European Day of Independent Living”.

The “European Day of Independent Living” is a day to remind everyone that people should be able to live on their own.

Even if they have a disability, they should not be forced
to live in an institution.

ÉFOÉSZ told its members to do a video
to show how they live independently.

The videos were presented at a self-advocacy conference in Budapest.

Budapest is the capital of Hungary.

More than 80 self-advocates, their family members and support persons came to the conference in Budapest.

Senada Halilčević is the chair of the European Platform of Self-Advocates.

She could not come to the conference herself.

Another self-advocate, László Bercse, read her message to the participants.

Senada said that independence is hard to achieve without good support.

She said that as a self-advocate,
you should always be demanding and loud.

You should ask for the best possible support
that will help you to live the way you want it.

They have English subtitles.

Soon all videos of the campaign will be uploaded.