Rusi Stanev, a relentless advocate for the right of self-determination 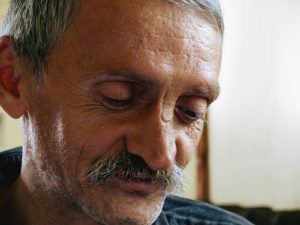 It is with great sadness that we learned of the passing away of Rusi Stanev, a relentless advocate for the right of self-determination.

Rusi had fought a long fight for independence after having been placed under guardianship in the year 2000, supported by his lawyer Aneta Genova, the Mental Disability Advocacy Centre and the Bulgarian Helsinki Committee. Following years of legal battles in Bulgarian courts, he finally won his case with the Grand Chamber of the European Court of Human Rights in 2012. This ruling was groundbreaking, as for the first time in history, the European Court found the right to be free from torture and ill-treatment had been violated in a disability case. It was also the first time the Court found the right to liberty had been violated in a social care case. These two findings effectively changed the European law.

A catalyst for change

Rusi’s case made a clear connection between the system of guardianship and institutionalisation. The judgment acted as a catalyst for change: Bulgaria ratified the UN Convention on the Rights of Persons with Disabilities. The government initiated guardianship law reform efforts and invited NGOs to participate.

Rusi himself became a human rights advocate, speaking out in various audiences about his own suffering and demanding inclusion and equality for others.

However, he was under guardianship until the end – despite multiple legal proceedings with Bulgarian courts. Rusi will always be remembered by the disability and human rights community as an advocate for independence and dignity for everyone. He will be missed.

With information from the Mental Disability Advocacy Centre